DAY 1
The Wijk, the Spar and the Beach!

Wijk aan Zee is a small village on the coast of North Sea in the Province of North Holland. I read that its former municipality was Wijk aan Zee en Duin, which existed from 1817 to 1936. Afterwards it merged with the municipality Beverwijk.

From Utrecht Central Station we bought two tickets to Beverwijk. From this point we took the bus to Wijk aan Zee. It is about 5 kilometers away from Beverwijk. Because this is a small village, the bus' timetable always change, so expect some travel delay. That time we had to wait for about an hour for the bus.

The small town is facilitated with hotels, hostels, a NIVON house, campsites and many food service establishments. But one thing was really special when we visited it, there was only one supermarket which monopolized the whole village.


It was Easter of 2011 when we visited it. The main reason why we chose this place was because, since I immigrated here in the Netherlands, funny but I have not seen  the North Sea yet. Honnepontjie wanted to fulfill it. The Banjaert House, a nature friendly house associated with the NIVON Organisation became our temporary shelter for this trip. 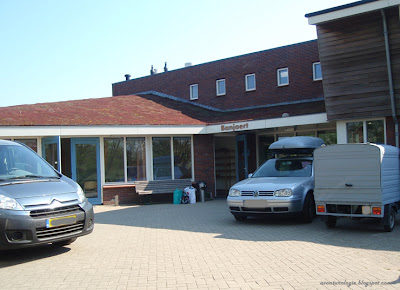 This was my second stay in the NIVON house, the first one was in Limburg. The Banjaert House is located nearby the dunes. Our room on the first level was very nice and I could see the dunes through our window. The house is well-ventilated and an ideal place if you have kids. There were many nature-friendly guests in the house, Dutch, German, Belgian but there was only one Asian, that was me. 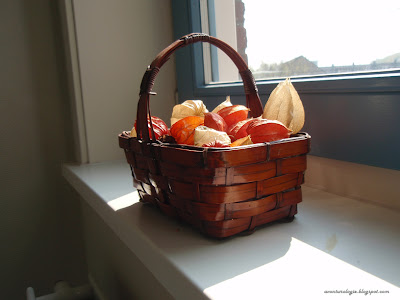 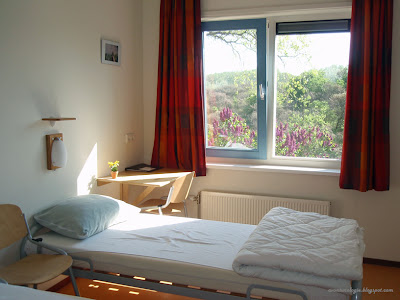 After our arrival we got an announcement that the monopoly Spar supermarket would be closed on Black Saturday. Immediately after seeing the whole house, we did the groceries. The unexpected beautiful weather in an early Spring made us feel lucky. We stayed the whole afternoon outside enjoying this place of  serenity. 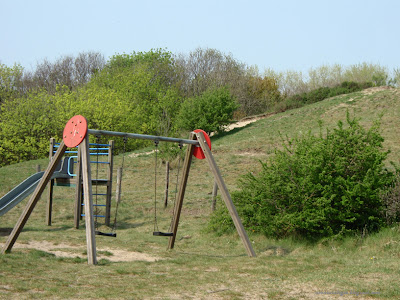 I am excited to see the North Sea, so after dinner we walked to the beach. I thought that the North Sea was the same as the beautiful sandy beaches I have known in the Philippines with clear water. It was different, but I am not disappointed. The beach is wide, the sands are very fine, the North Sea water is as cold as ice. I enjoyed watching people and the sunset. This was my first evening at the beach in North Holland. 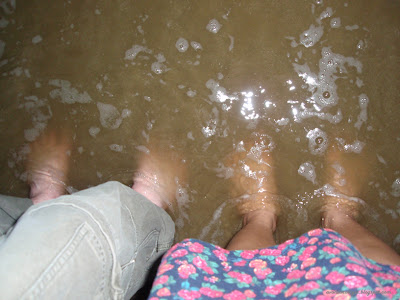 DAY 2
The Day After

Did you know the Dutch TV Series "The Vuurzee", the films "Het Paard van Sinterklaas" and the "Ver weg"? Those three have been shot here in Wijk aan Zee.

We went first to VVV, a  tourist information center to avail tickets going to the Dunes Reservoir.  Unluckily,  due to Easter Feast it was closed. We were happy that they posted an announcement that we could also buy the ticket at the Primera kiosk.

I have seen the TV Serie Vuurzee and we love the twist in the story, it was a bit suspense. After we bought the tickets we walked to see the places they have used in the series. 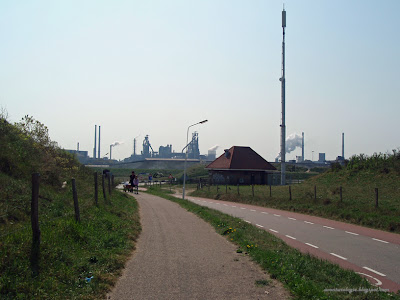 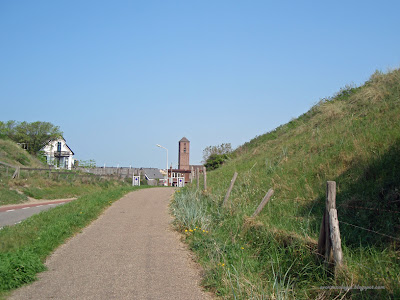 It was like Summer. It was not pleasant to walk under the sun and my body wanted to take a "siesta."  After seeing the "Pier's company" (one of the character in Vuurzee), we went back and walked going to the beach.

The beach was more beautiful during the day and it is loaded with sunbathers. I saw one difference between people in Asia and Western countries. Most Asian do not like sunbathing, while some Western people are really crazy of it. Most of the Asian are brown in complexion and they do not like to be browner, most of them like to have a white complexion. While people here stay the whole day at the beach trying to have a brown color. I thought about the quote: "The grass is greener on the other side." 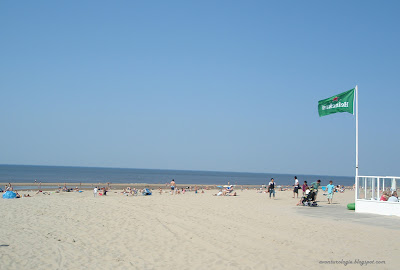 We went back to Banjaert house and rested. We started late in the afternoon with our second program. - Visiting The North Holland Dunes Reservoir.

From Banjaert House we could walk right to the entrance of the North Holland Dunes Reservoir. It was already 4 o'clock in the afternoon, but the sun was still bright. The weather was very beautiful. Seeing the formation of the dunes, I felt like I was in Mt. Batulao in the Philippines. It was hard to walk in the sand, because I was wearing slippers. But it was nice to see the plants and flowers growing in this natural park. The birds and insects were enjoying the gracious Spring and we heard them making wonderful happy noises. It has a lot of biodiversity, so it is good that they declared the dunes as a protective area. 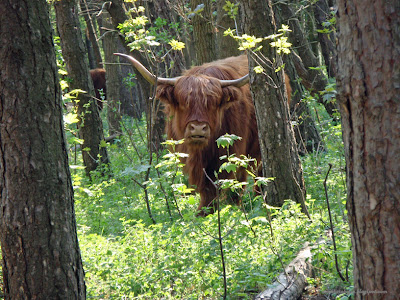 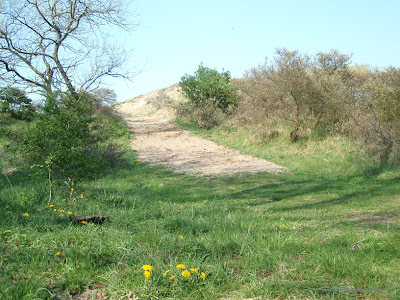 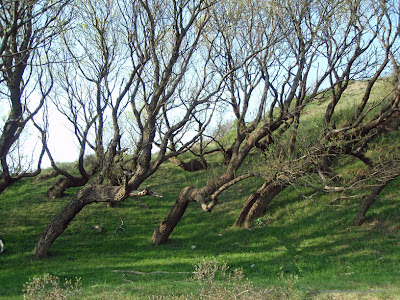 We decided to spend the day without self-made program and just walked where our feet would lead us. We walked towards the Industrial Park. Along the way we saw that there were stairways going to the top of the large dune. Going uphill the stairs was not dangerous. At the top they have put some concrete benches and table where you can sit and enjoy the 360 degrees view of the village. 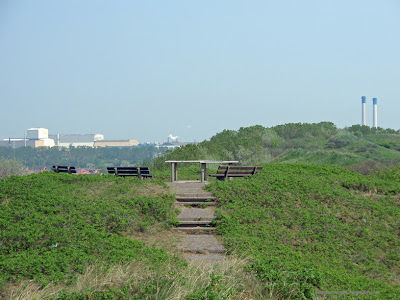 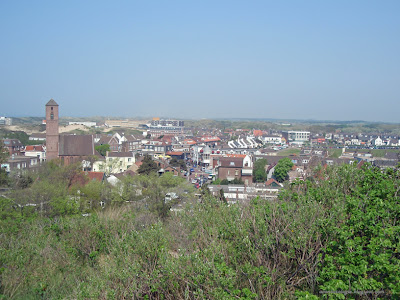 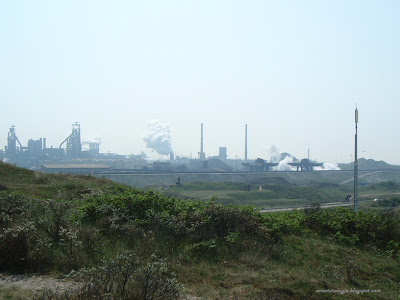 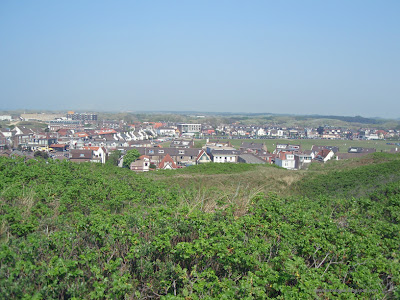 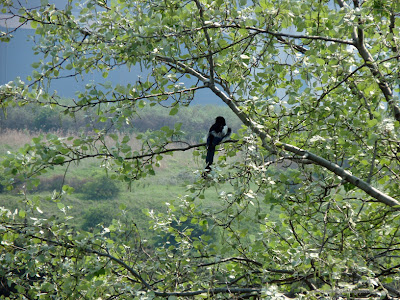 We descended on the other side of the dune and found also some other routes going to the other part of the village and other place where you can enjoy trekking. We chose the way to the neighborhood to have a lunch. After the lunch we headed to the beach to make more pictures and enjoy the last moment we had.  It was wonderful to see the sand, the people, and the North Sea for the third time. 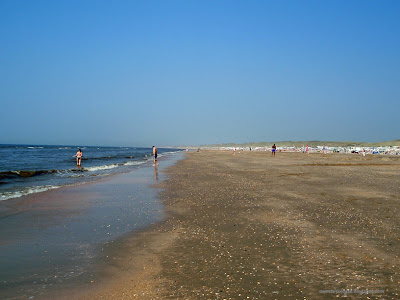 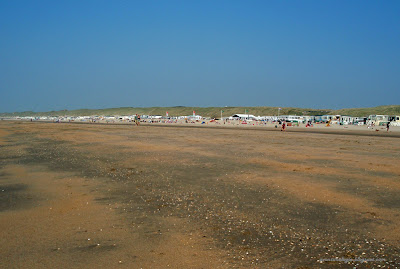 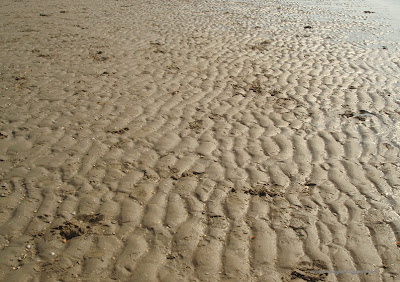 We took the other entrance of the beach going to Banjaert house. Then we spent the rest of the day in the house sitting outside. It has been relaxed for a couple of days and it felt like we have got new energy refill to go back into the reality of work-house-work routine. I still did not like to go home.

After we left the house with big smiles and satisfied spirits. We went to the bus stop where the chauffeur dropped us on the first day. But no bus came for an hour. Our intuition led us to walk to the center of the village and searched another bus stop to Beverwijk. We learned the reason why there was no bus to the previous bus stop where we have waited. It was because this village is small that the bus rides only "One Way". We laughed to each other and found this place special.

The freedom of being with the nature and having contact with other people with the same ideology are some reasons why we always choose to stay in the NIVON houses. The Banjaert house left me some great memories and I would like to return here in the future. But now I still have the goal of visiting the other  NIVON houses in the country.