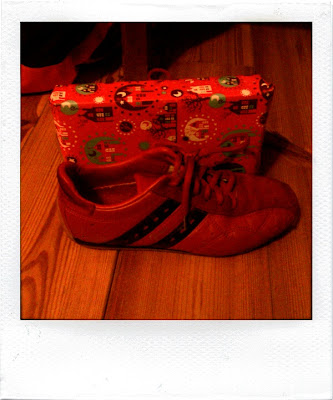 It was 2005 when I first met Sinterklaas and the whole naughty family of  the "Pieten". You are wondering perhaps who is the person I am talking about. I would like to introduce him to you.

Sinterklaas is his Dutch name. But you can also call him Saint Nicholas. This holy man became known for his generosity and his love for children. He is also known as a patron saint of sailors and merchants. Extending help to the needy, he used to give it in a secret way, like putting it in the shoes or stockings of those in need.

Santa Claus, the fat man in red a suit, the man I have known for his kindness since I was a child started as a product endorser and later on became a symbol of American Christmas gift-giving. The creator of Santa Claus has based his character to the Dutch Sinterklaas.

The feast day of Saint Nicholas is usually on 6 December. But all over Europe it is most celebrated on 5 December. In Belgium and in the Netherlands Sinterklaas is more important the Santa Claus, that is why it is a primary occasion to them.

Sinterklaas wears a bishop robe with a red cape and mitre. He usually rides on his horse named Amerigo and he has helpers called "Zwarte Pieten" (zwart = black, Piet is a name). Their faces are black and they wear colorful Moorish dresses. The reason why they have black faces is because they bring presents to the children by entering the house through the chimney.

A Sinterklaas tradition in the Netherlands starts three weeks before 5 December. The arrival of Sinterklaas and his helpers on a steamship from Spain marks the beginning of this festivity. After arrival of the steamship, Sinterklaas rides around the city on his white horse for the gift-giving. During this parade the Zwarte Pieten are giving candies, pepernoten and taai taai (Sinterklaas cookies) to the children along the way.

In the weeks between his arrival and 5 December children put the shoes next to the fireplace expecting they will find some presents or goodies the next morning. Because nowadays most the house do not  have anymore fireplace, children put it next to the heater. Some children also put carrot in the shoes for Sinterklaas' horse, Amerigo.

The eve of 5 December is the official gift-giving. Before giving the chocolate letters and the presents it is a tradition to make a poem to whom you are giving the present.

Sinterklaas is one of the most celebrated traditions in the Netherlands. All Dutch love it and I love it too. It is very unique. The things I love most to this occasion are: the excitement of finding little gifts in the shoes the next morning and the idea of writing a poem to be given on the eve of 5 December beside the present.

Sinterklaas gives not only material gifts, he gives also everyone a jolly feeling that it is great to be a child again once in a year.