All Saints Day in Holland 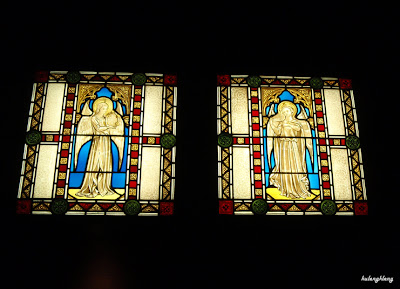 Have you ever wonder if we celebrate All Saints Day here in the Netherlands? My answer is "No". As far as I know it does not belong to their Catholic tradition.


Celebrating All Saints Day in the Philippines is one of the traditions you will miss if you live abroad. We come as a family reuniting every year in one place to remember our dear passed away love ones.  Reminiscing those people who once shared significant memories to us.

I can't remember anymore if it was last year, when they showed a news on TV about 1 November in the Philippines. There was a typhoon and though the cemetery was under the flood, some Filipino still managed to go to the cemetery to light up candles, floating on the water for their passed away love ones. Some Dutch found it crazy and funny, but this is how we show our love to our unforgotten family.

There is no All Saints Day in the Netherlands, but they do celebrate Saint Martin's Day on 11 November. According to his famous biography, Saint Martin was then a Roman soldier and deployed in Gaul (France). One day while approaching the gate of the city he saw a beggar naked and almost frozen in cold. He helped him by giving half of his military cloak. He left the army to fulfill his bow to Jesus and became a monk. He became the Bishop of Tours according to will of the people, but he continued to live a pagan life. He is considered a spiritual bridge across Europe, relating France to Hungary.

Saint Martin's Day is an old Catholic tradition in West Europe. Centuries ago people did a 40-days fasting, beginning on the day after Saint Martin's Day. At Saint Martin's Eve people got delightful food and drinks for the last time before they begun to fast. This 40-days of Saint Martin is now called the "Advent" by the church.

The Feast of Saint Martin is celebrated in different ways around the world. I know in the Philippines we celebrate it also, because we are very much Catholic. In Germany, Belgium and certain parts of the Netherlands, children go door to door with a paper lantern and sing St. Martin's songs in exchange for treats, just like a usual practice for children during Halloween in other countries.
at 3:45:00 PM