Last week my mother-in-law had called to invite me to go to Spakenburg. Now, where lies Spakenburg actually?

Spakenburg is a Dutch village which lies in the Province Utrecht and very close to the Ijsselmeer. And because they are close to the lake, most people are fishermen. This fishing village is one of the few places in the Netherlands where some women still wear traditional local clothes.

Last year they went here but I had to work. This year I'm free.


From Utrecht we travelled by train to Amersfoort. From Amersfoort we transfered to a shuttle bus directly to Spakenburg festival.

It was a nice sunny day, about 26-28 degrees Celcius. There were lot of visitors and tourists, one of them is me. They celebrate the 42th "Spakenburgse Dagen". It is a festival held annually every four wednesdays of summer. It's my first time to visit the place. 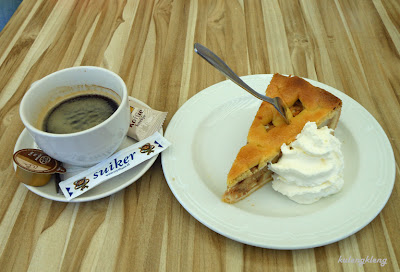 There is a shuttle bus riding from Amersfoort directly to Spakenburg Freemarket, special only during these days. It took us 30 minutes to reach the place. After arriving to begin the day, we looked first for a nearby cafe to have a cup of coffee. - Eethuys - De Boezeroen. It was a nice old cafe.


While walking I saw this sweet old couple talking to another lady, also wearing traditional dress. It is not everyday that you see Dutch in this attire. So I am happy to see it and have them in a photo. I like their dress so much. 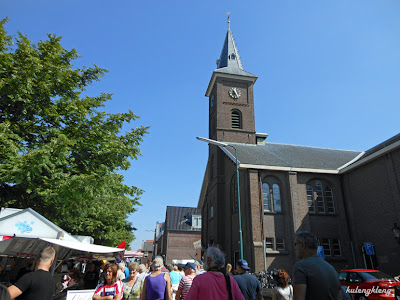 At the freemarket it was already busy. There are lot of things you can buy, especially traditional local products from the village. In the market I saw more Dutch people dressed up traditionally. Not only three but more.


We continued to walk until we reached the middle of the freemarket. There were old Dutch villagers who were performing on the stage. It was nice to see some villagers dressed up in different clothes for the occassion, one of them was a child. Oh...she was a darling. 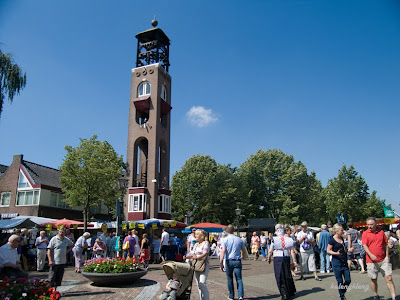 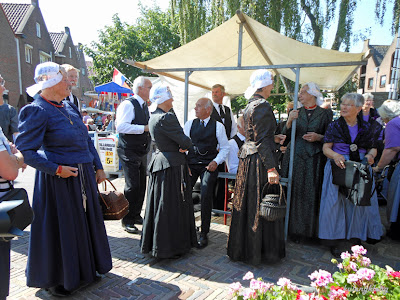 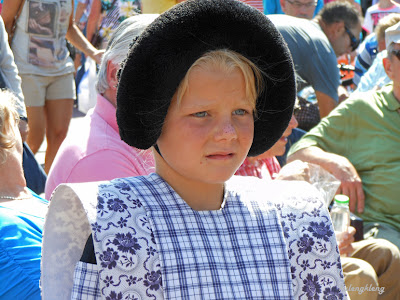 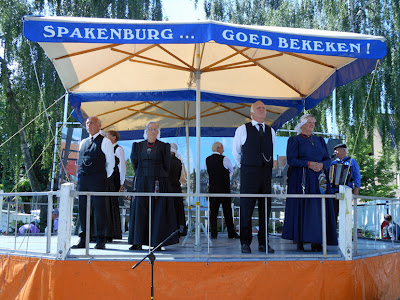 There were so much to see. I have a video camera and a camera with me. I like to use them both, but it was not possible to use them at the same time.

After the presentation we walked further going to the port.

It was warm and crowdy, we had thirst. We walked until the end of the port, but all cafes were full. So we went back to go to the other side. 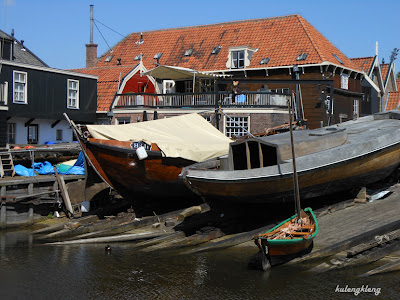 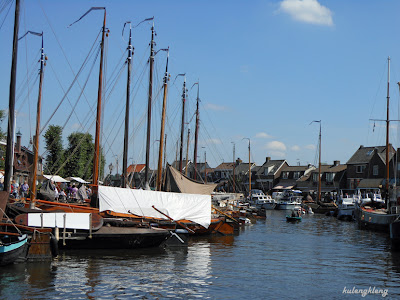 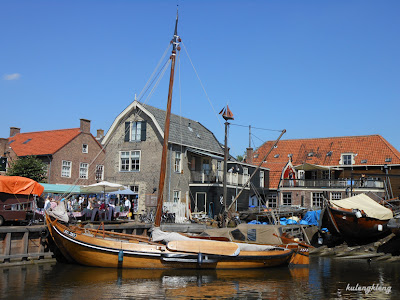 The event was lived at RTV Utrecht, a local channel. A chore was performing when we came back.


We walked to the other side of the port. There were old Dutch women out the village doing handworks. Their works are fanstastic. I love them all. I asked myself, what would be in the future, if they are gone. I hope their qualities in handmaking would still be regenerated.

A "bedstee" or a closet-bed? Never heard of it. I read that it was popular in the 19th century in some other countries in Europe, also here in the Netherlands. It was a unique little bedroom with a door or a curtain in front, which they used to close off the room, leaving only a little open crack while sleeping. When it was closed especially in the winter, the room would warmed by body heat. So they don't need anymore to use the stove overnight.

The lady said, in past the whole family slept together in one room. It was merrier being closed together. Nowadays everybody sleeps apart. And she misses it. 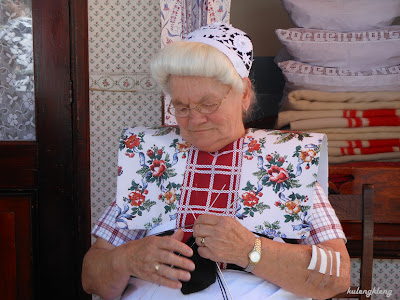 It's always nice to visit a little village, because they have always old cafes. An old cafe has always nice stories from the past.

We sat at Bar Eetcafé BU2. Here we found a seat to rest. After drinking our white beers to quench our thirst, we continued to walk towards the Ijsselmeer. 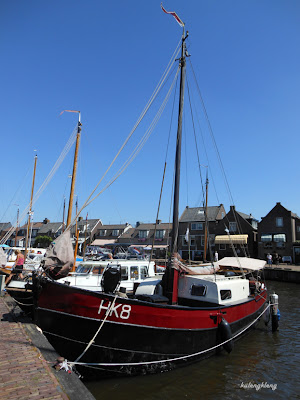 There are also ferries bringing passengers from Spakenburg going to Flevoland daily. I would like to try this next time. 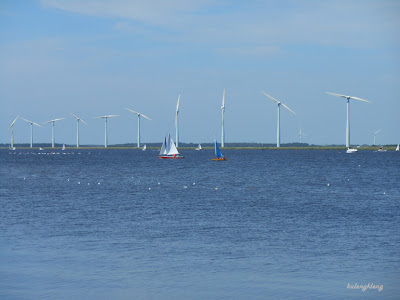 After resting for a little while we went back to the village. It was already already 4 o'clock. Before going home we would like again to drink and eat. On our way in search  of a nice cafe to rest I made still some photos of the beautiful Dutch villagers. 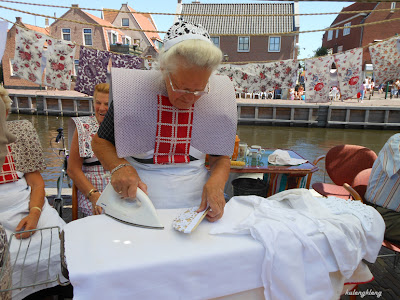 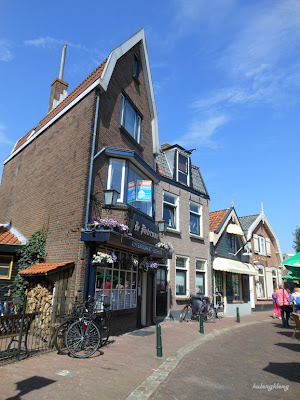 It was not so busy anymore on the streets. We found easily a cafe to sit and rest. We were tired but satisfied. When we went out of the cafe, it was already about 5 o'clock in the afternoon. Almost every stall is getting closed.

There where still last performers in the middle of the freemarket and these old men were watching it. I still had the chance to make a video of the last performers. 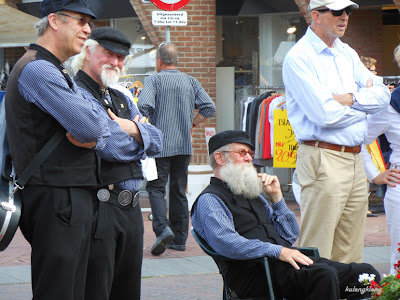 Today I live precisely five years in the Netherlands. I never thought that we have this in Utrecht. I don't need to go to other places in the land to see an old Dutch traditions. Because we have it here, here in our own province. We only need to discover it.

I enjoyed so much my visit. I love their handicrafts, too. Surely I would come back here next year.

I've only been to a very small part of Utrecht (and I forget where exactly, tsk!), and I wish I was able to explore more. I like how the villagers dress up for this annual event!

Utrecht lies in the middel of Holland, very close to Amsterdam. It takes only half an hour by train from Amsterdam.

There are many attractions here in Utrecht, one of the finest is de Dom Tower. I hope you can revisit Utrecht once you come again here in the Netherlands.

I added you to my links. I like your blog so much!