It was still raining, when we arrived at the Ivana Port. The sharp waves that we have encountered made our clothes wet. I was again happy to see the giant "Jack's stones" and the Ivana Church.

While waiting for the jeepney, we visited first the Honesty Coffee Shop. Honnepontjie bought a blue t-shirt with the name of the store in front and with text at the back: "I Love Batanes". It was unique, because you can not avail it in other souvenir shops in Basco. I tried to look for one with my size, but no available size for me. 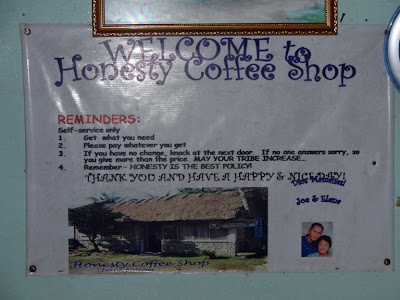 We hired a tricycle that could bring us to Fundacion Pacita. We asked him first how much? He thought a while and said 75 pesos. On the way to Tukon, the tricycle rode through the National Road, then it turned left uphill. Seeing the terrain,  how high the hill is, and how hard for the tricycle to carry up passengers, we thought that 75 pesos  was still cheap. When we arrived at Fundacion Pacita, we gave him extra. The driver was so happy and we were happy, too.

We thought that there was a museum to see in Fundacion Pacita. We went to their tourist information to ask about it. But they said that some works of Pacita Abad are hanging in each room in the house. So we could not be able to see it. They have a mini gallery, but it is exclusive only for visitors that are staying in Fundacion Pacita.

We walked back to Tukon Radar Station. I climbed alone on a rusty ladder to get on the top. It was worth seeing the 360 degrees view of Batanes on the top. It began to rain and because the wind was strong on the top, I climbed down quickly after making some shots.


From Tukon Radar Station we asked some locals it we could walk from the station to Basco proper. They said that we just had to follow the concrete road and that would lead us to Basco Airport. It is about 9 kilometers by foot. We started to walk, enjoying the landscape, greeting locals who were busy working on their farm.


It was nice to see the planted tomato plants and other flowers along the road. Some locals who were riding in car stopped for us to ask if we would like have a lift. We were the only tourist that time who were walking, most tourists were riding in a van. We were enjoying our walk, we just smiled and answered back `thank you`. 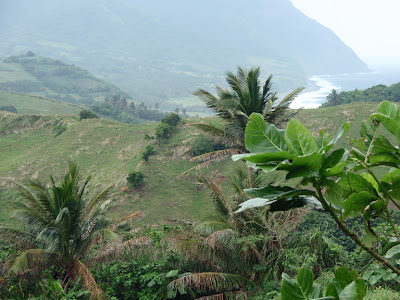 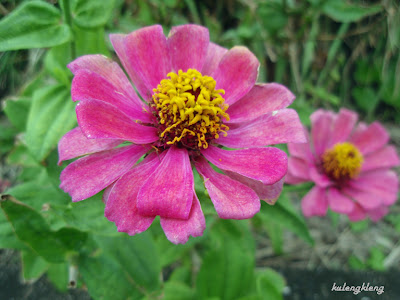 We passed by the Japanese Tunnel which we did not realize that it was. We have reached a crossroad. Someone whom we asked before told us that we must turn left. Turning right would lead you to the Boulder Beach, but you must walk another 6 kilometers and turning left will lead you the town proper. 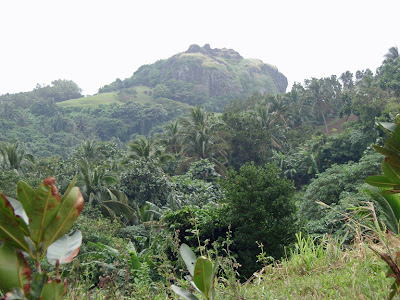 Here ended our fourth day. We were satisfied and proud of ourselves that we made this little unexpected trip!

This was our last trip. Due to a personal reason, although we would like to stay, we had to change our 9 days itinerary to 7 days.

Waiting for the jeepney in Basco required more patience. We waited for two hours and yet when it arrived, it was already full. Luckily there was still one seat left for Honnepontjie and as for me, I am flexible, I sat on a sack of rice in the middle. I asked some locals if there was a faster way to reach the Diura Fishing Village. They said we had to stopover in Mahatao, then from Mahatao we could ride a tricycle going to Diura Fishing Village. When we were already in Mahatao, they asked the driver to stop the jeepney, because we were going out. They were all smiling on us and some pointed us where to find the tricycle station. We smiled back and said "Dios Mamajes".

The tricycle driver brought us to the main entrance of Diura Fishing Village. We have got his number and asked him to pick us up later at Marlboro Country. We registered and paid 50 pesos each for the entrance. We got the chance also to taste their native wine. It was sweet.

We went first to the beach. Then afterwards we have begun our trek along the the mountain side going to Marlboro Hills. 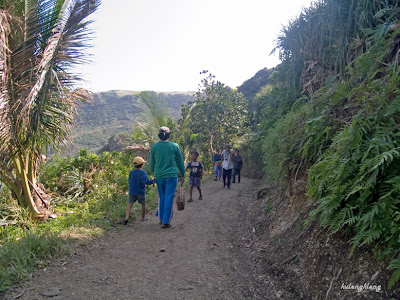 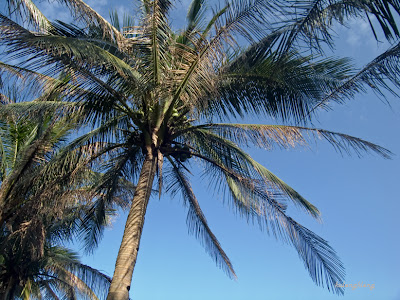 We have skipped unknowingly the natural swimming pool and headed to Marlboro Country. The way to Marlboro Hills is a bit inaccessible. We thought that we were lost.

According to the instructions, when we come to the crossroad, we have to turn right going up on the hill, we just have to follow the path until we reach a wooden fence. You have to lift it up to go on the other side. Be sure to put it back. They put it there for the carabaos, so they could not escape.

We saw the fence and there were ants guarding it. We lifted the fence and brought it back when we were on the other side. We climbed up a little further and then... - our destination reached!


We never had the chance anymore to see the Mahatao Lighthouse. The tricycle driver was riding fast that he could barely hear us. Anyway we had enough and we were already satisfied with the sceneries we have seen.


Mahatao is 7 kilometers farther than Basco. You could also walk, hire a tricycle and wait for the jeepney. The best option is to hire a tricycle. It's the fastest. We walked to the tricycle station and we hired one. For us: Ivatan scored five stars for their honesty!

We rested on the 6th day. We packed our things and cleaned the house a little bit. I went outside to buy pasalubong and souvenirs. We tried to enjoy our last day. It was a pity that we had to leave.

Although there were some technicalities, I can say that we completely enjoy our trip. It was memorable. Our tour guide has brought us to Basco Airport. We bid goodbye and thanked her for all the help she gave us.

There is no scanner that will check your baggage in Basco Airport. They do it manually. After checking in, we waited outside. As soon as the airplane arrived and the passengers and all the baggages were out, they loaded ours, after that, we boarded. It only happened within 15 minutes. They never even paused. After 45 minutes we were back again in Manila.

We hope that we could have again a chance to visit this wonderful island with wonderful people. We hope that the Ivatan will always protect their island and will continue to work towards the preservation of their cultural heritage.

one of my dream destinations...hope to visit this place in the future =)

If you can visit Coron, you can also visit Batanes. I´ll keep my fingers crossed. :-D